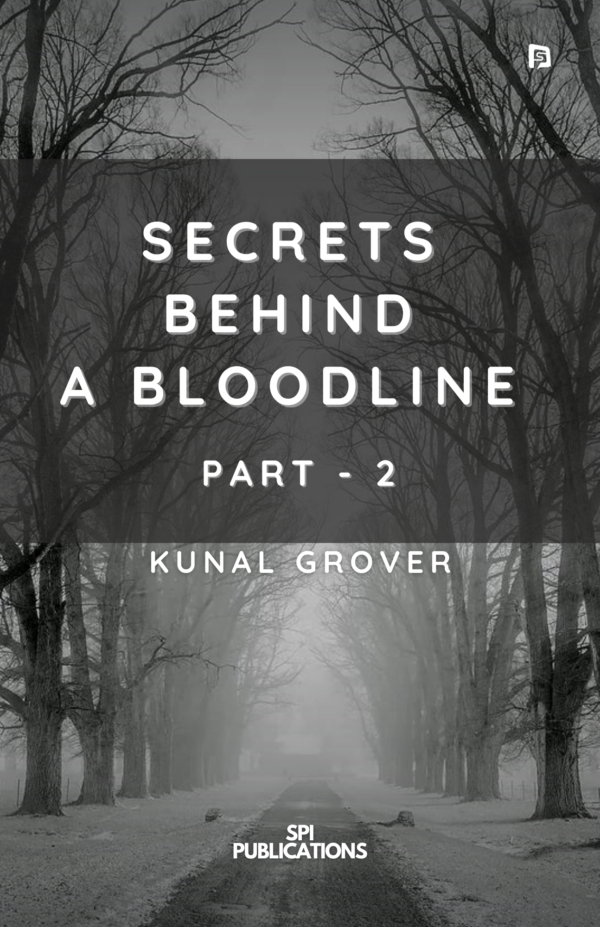 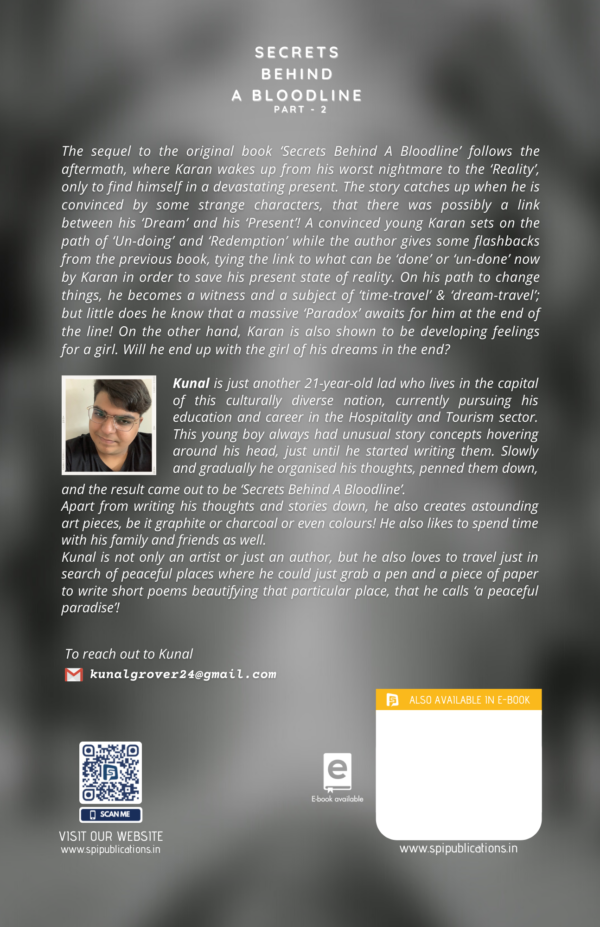 SECRETS BEHIND A BLOODLINE (Part – 2) E-book 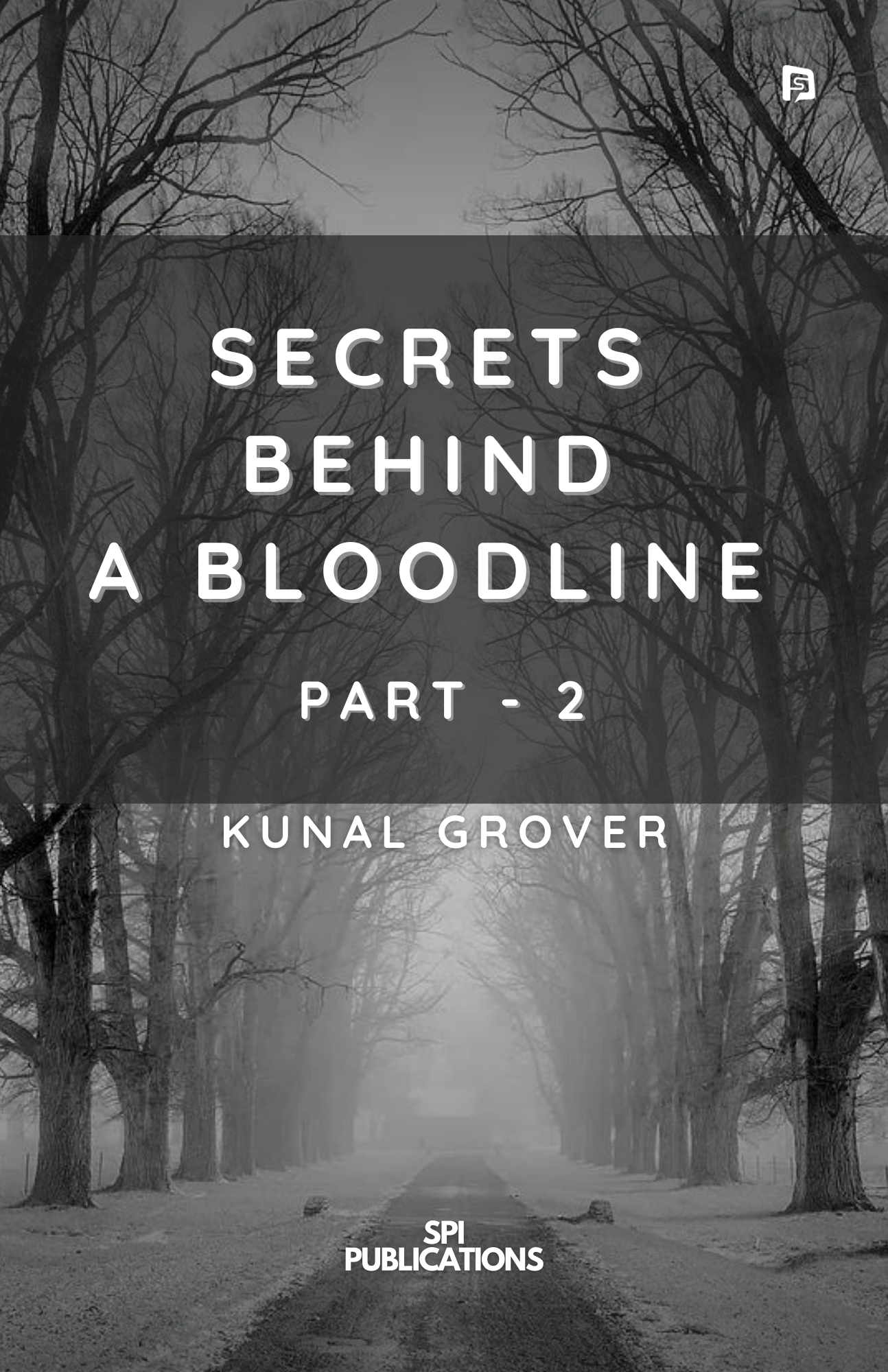 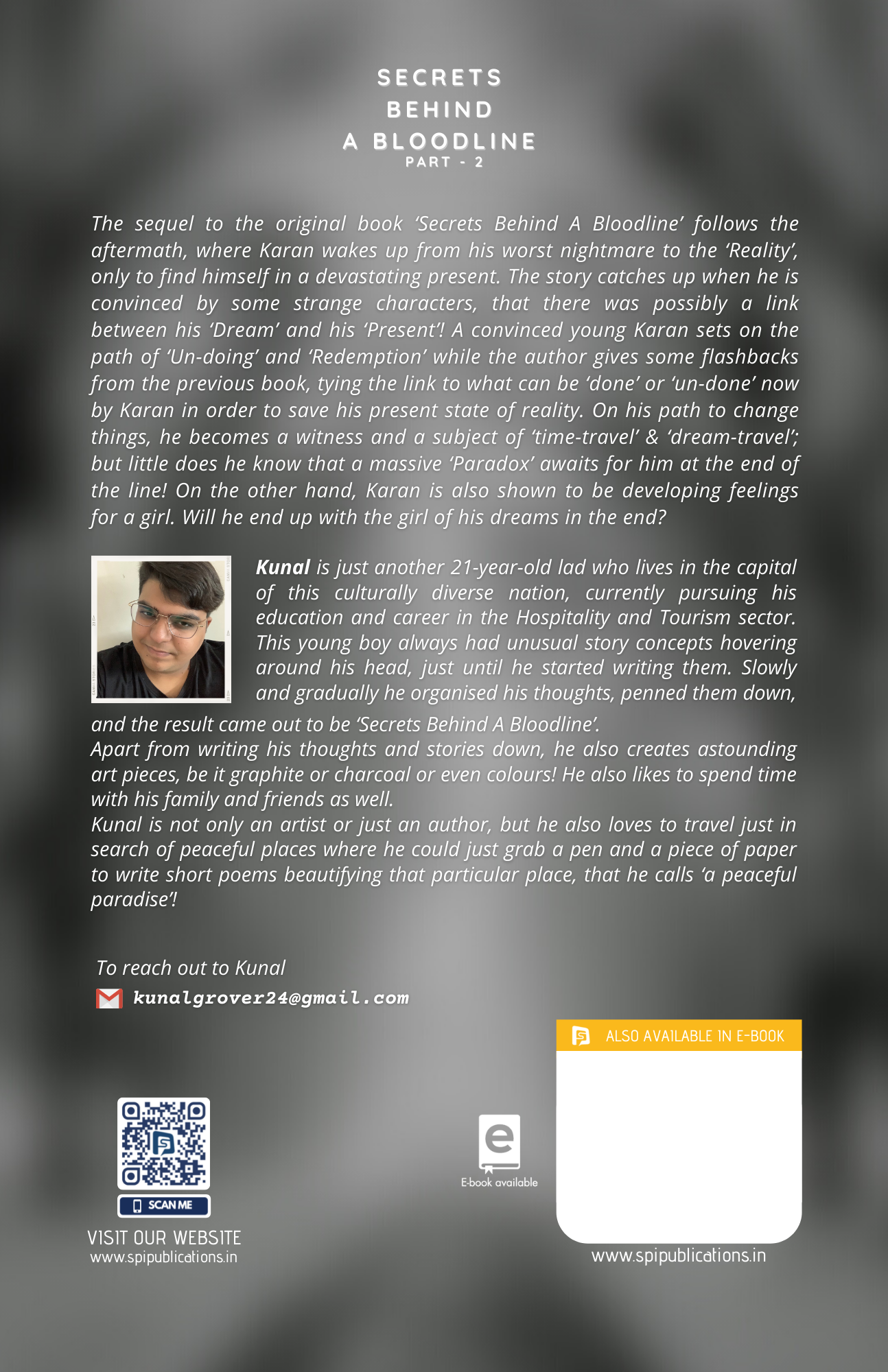 SECRETS BEHIND A BLOODLINE (Part – 2) E-book

The sequel to the original book ‘Secrets Behind A Bloodline’ follows the aftermath, where Karan wakes up from his worst nightmare to the ‘Reality’, only to find himself in a devastating present. The story catches up when he is convinced by some strange characters, that there was possibly a link between his ‘Dream’ and his ‘Present’! A convinced young Karan sets on the path of ‘Un-doing’ and ‘Redemption’ while the author gives some flashbacks from the previous book, tying the link to what can be ‘done’ or ‘un-done’ now by Karan in order to save his present state of reality. On his path to change things, he becomes a witness and a subject of ‘time-travel’ & ‘dream-travel’; but little does he know that a massive ‘Paradox’ awaits for him at the end of the line! On the other hand, Karan is also shown to be developing feelings for a girl. Will he end up with the girl of his dreams in the end?

Kunal is just another 21-year-old lad who lives in the capital of this culturally diverse nation, currently pursuing his education and career in the Hospitality and Tourism sector. This young boy always had unusual story concepts hovering around his head, just until he started writing them. Slowly and gradually he organised his thoughts, penned them down, and the result came out to be ‘Secrets Behind A Bloodline’.

Apart from writing his thoughts and stories down, he also creates astounding art pieces, be it graphite or charcoal or even colours! He also likes to spend time with his family and friends as well.

Kunal is not only an artist or just an author, but he also loves to travel just in search of peaceful places where he could just grab a pen and a piece of paper to write short poems beautifying that particular place, that he calls ‘a peaceful paradise’!

There are no reviews yet.

A Tribute to Straddling Hope – E-book

Secrets Behind A Bloodline

SPI Publications is a book publishing company specializing in the Indian subcontinent. We are presently offering services for manuscript editing, creation of books and magazines, printing, distribution and promotion. Our goal is to expand the current writing community in India as well as worldwide by providing an unbiased platform for authors to publish their works at affordable prices.